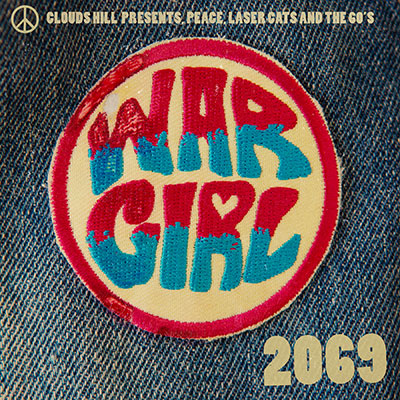 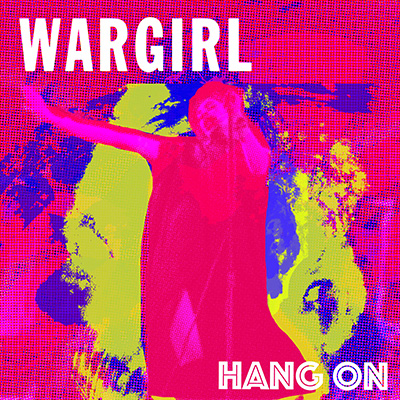 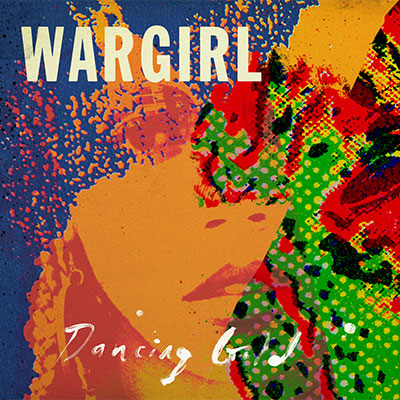 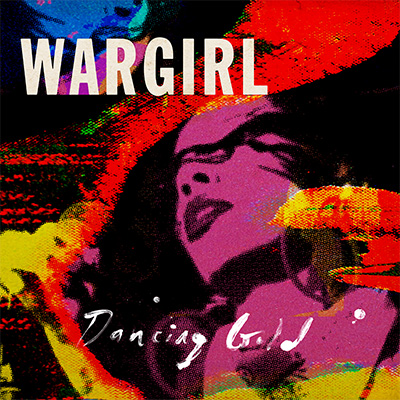 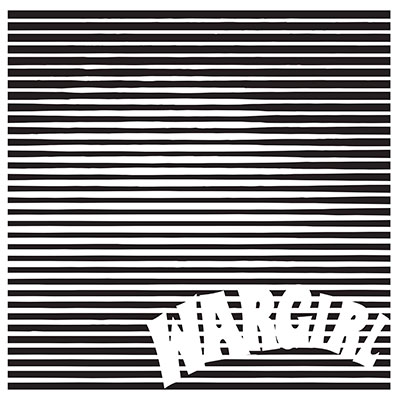 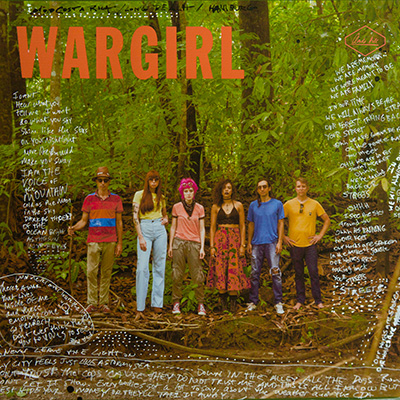 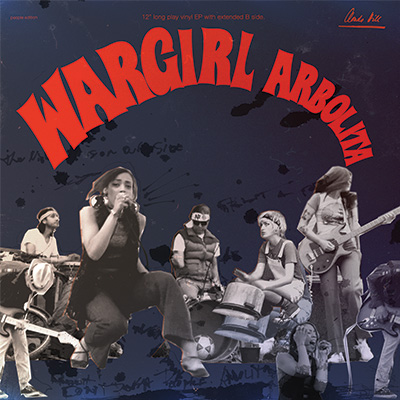 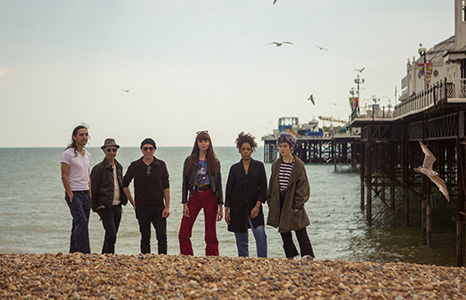 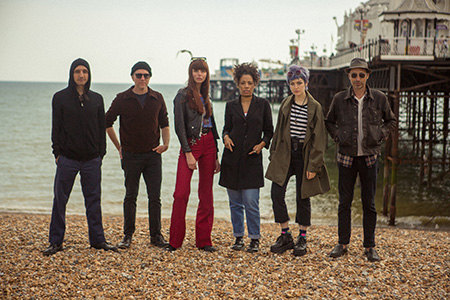 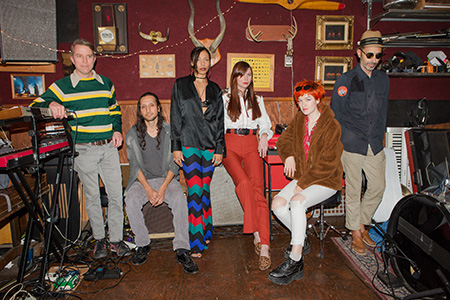 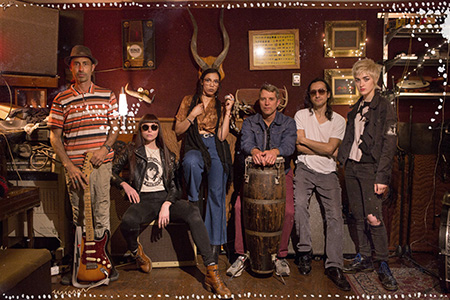 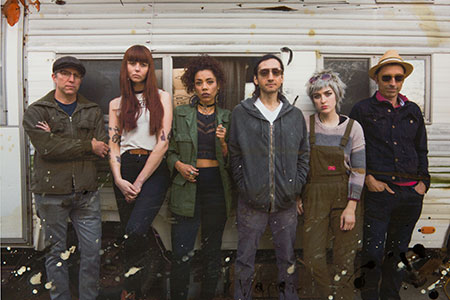 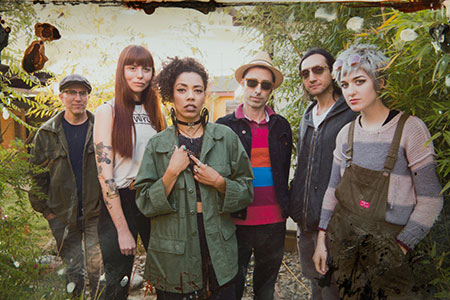 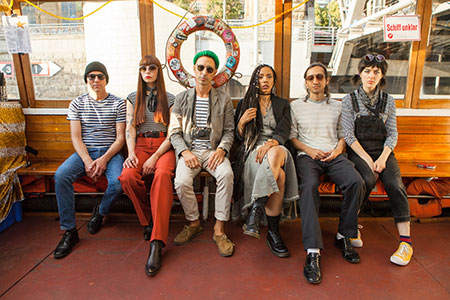 It's been a staggering 50 years since Sly & the Family Stone took to the stage in Woodstock at half past three in the morning and left it an hour later, completely unaware of the fact that they had just changed the world. Half a century later, the sheer power, the brimming passion of that iconic and trailblazing funk rock performance continues to impress and leave its mark on the generations that came after them. One of them is Long Beach based world citizen, Matt Wignall (WARGIRL guitarist and producer). “How can anyone watch that and not be riveted?” he asks in sheer wonder. “It’s such a moving performance. Absolute belief and commitment. When we first saw that as kids it was like, wait a second, I’ve never seen anything like that. How do I do that?” Problem was: how to create a multicultural, gender diverse band in a natural way.

With this intent set, he simply stayed true to the working class/melting pot mantra of his west coast home and brought WARGIRL into existence with local acquaintances, a sixheaded circle of like-minded people from different backgrounds and cultures that's bringing back defiance and edge into their unique brand of psychedelic-funk-disco, wonderfully illustrated on their sublime new album for Hamburg, Germany based label Clouds Hill. To Wignall, this approach is Long Beach to the core. “It’s one of the last places in Southern California where normal people can afford to live without being rich.” he states. “For this reason there has always been a strong presence of underdog artists here.” He's pretty sure WARGIRL as a band wouldn't exist had it not been for the clash of cultures there. “Hip-hop, punk, latin, alternative, blues... it all has some bit of edge on it when it comes from Long Beach.”

WARGIRL has it, too. Three women, three men, brought together by that eclectic West Coast life, their love for freedom and liberation and their burning passion to put on intense party like live shows. Uniting The Clash, Sade, classic reggae and afrobeat into an explosive cocktail with garage gusto and a beautiful rawness, their new album showcases WARGIRL staying true to their roots and the cultural climate they became artists in. And make no mistake, even though their luscious brew of rock, funk, reggae and assorted psychedelia sounds wonderfully uplifting and catchy, it has a decidedly defiant edge to it. They nod excitedly,“We are contrary people gravitating towards concepts like anarchy. We are not big fans of power hungry war mongering governments. We prefer love and kindness and lifting up our fellow humans. We hope we can make something that is empowering everyone and reminding us to reject the power structures that treat us as taxable cattle.”

That's what Sly Stone did. That's what Santana, Jimi Hendrix or Bob Marley did. WARGIRL are sisters and brothers in spirit, not just a band. “We are women and men who prize equality. None of us make musical or personal judgments based on race, age or gender.” They emphasizes, “We’ve all had moments of people coming to us at shows and saying how much this affects their lives and encourages them. We live for that because we’ve fought so hard for everything we have.” And that's just not lightly said. Singer Samantha Parks moved to Long Beach at 19, dreaming of making music. “She lived in her car for months to chase the dream of being a singer”. Erick, the band’s percussionist came to America as an undocumented child, lived in a tough area of Long Beach and ended up meeting drummer Jeff at the same high school playing drums in the well known Wilson Drum Core (which also spawned the drummer of Sublime). These are all salt of the earth honest people who have always worked hard to make the music happen.

Having the same line-up since album one, and with 4 European tours behind them, their new record is a wonderfully organic, spontaneous demonstration of six very close people who have spent some time playing music together. “All the members of this band are exceptional musicians. We all found each other because we were probably meant to.” is how Wignall describes it. Far from a typical hierarchy often found in bands, WARGIRL acts as a unit, a commune-like collaboration bringing out the best in everyone. “We appreciate and enjoy our differences and learn from them rather than fear them. In the end, it has to be fun, it has to move us in some way.” With pop chameleons like David Bowie as a their paradigms in terms of eclecticism, WARGIRL are bringing the love, peace and harmony vibe of the late sixties into today. “We don’t fight, we don’t argue, we make music together from a very true place and we do so with spontaneity and passion. We are dancing our asses off when we make these songs in the studio because we are always recording them almost completely live.” This time around, they built their songs around Samantha Parks remarkable, moving, broad vocal range and clever lyrics. “She’s such a great singer that we really wanted to feature that and pull more elements of soul and funk into the sound since she is so naturally comfortable with that.” (Sams father was Bull of “Bull and the Matadors” a well known funk artist in the 70s).

The songs on this album were mixed by genius engineer/producer Mark Neill best known for his producing of Black Keys “Brothers” and Dan Aurbach’s “Keep It Hid”. Wignall states, “He breathed a radical frantic breath of creativity and low end into the tracks, I’ve never heard mixes quite like this before”.

WARGIRL also do all their own art and creative from within the band, and Wignall has a long history of doing photography and art for bands such as Cold War Kids and Mando Diao for whom he has also produced well known tracks.

Their music and look caught the attention of Lionel Conway, Brett Gurewitz and Hein Van Der Ree who signed them to the Anti Records publishing company Songs of the Mothership.

In a way, WARGIRL is just brilliantly good pop music. But then again, it's so much more. “We want to make great, unique, interesting music with messages that are universal and true, encouraging the listener to take a deeper look at this life, to ask questions about what we all accept as normal.” More than anything they want to make positive and uplifting music “that feels like it comes from a spirit of friendship and truth and love.” Essentially, that's the spirit of Woodstock all over again, from a decidedly 21st century perspective. And if we need one thing today, it's love.

Mess Around serves as testament to the band's musical might:
fierce grooves, unapologetic attitude, and the ability to create hooks that are sensible and impossible to forget.

»How You Feel« is funk rock in a nostalgic nod to 60's California. Samantha Park's lead vocals drip like honey over groovy bass lines, exultant horns, and commanding percussions. It's a refreshing breath of air, reminding you of exactly why you liked music in the first place.

Wignall’s tastes run the gamut, from old-school garage-rock to post-punk to Afro-beat to psychedelic funk to dance music.
All of those flavors take a turn on the palate in the personal and political empowerment anthems on »WARGIRL«.

The album has a spiritual jive feel with notes reminiscent of sixties go-go funk, making it impossible not to shimmy along to.
Their lyrics are also impactful covering both personal matters and making a social commentary of what’s currently happening in our country.

With great pleasure on the vintage sound of the 60s and 70s (three women, three men) the band’s playing vivid music between soul and funk, latin and psychedelia, punk and disco. If The Clash still existed, that would be the kind of music someone would excpect from them these days.

Wargirl sees their music in the tradition of The Clash and mixes social criticism with party-style grooves.
The multi-ethnic sextet from Long Beach relies on catchy sounds and funk to switch to garage rock in the next song.

Wargirl’s »People« Is A Raw Yet Uplifting Indie Rock Burner.